We are proceeding slowly through our day.  This is truly our first day alone.  During the weekend, we had a guest who lingered and we saw Cheshire and Justin twice since school let out.  So, this is day 1 alone.

No word from the school about work so it’s time to devise some of my own.  Looking through work from a few summers ago and thinking about what Julia is doing in her community math class, I decided on time as our math focus, one of Julia’s weaknesses and something that she needs to become proficient in to succeed as an adult.  Today, I made up a worksheet for the passage of days.  In school, they are working on the passage of minutes.

Example: Begin on Wednesday, March 18, 2020, and five days pass.  What day is it?  I’ll mix in time worksheets with the other math possibilities, like cooking, games like Sets and Uno, and DonnaLee worksheets.

Learning topics for every day will include: Meditation, Physical activity, Art and at least one other topic. Topics for any day can include: Math, Reading, Writing, Social Studies (History), Craft making and working on our Puzzle.

Long term projects that interest Julia and/or me include: drawing a picture a day about what we are doing with our days.  I’ve promised to post the pictures on the blog.  The pictures have taken on the characters of My Hero Academia which is not my preference but okay. Julia is interested in going to Japan and so a social studies project will be to research and plan the trip. We will collect articles and information on EverNote, and also make notes.  The starting point is the Japanese Magna Cafes.  More on that later.

We walked again around the neighborhood and found another playground and made use of the swings.  It is getting warmer and lots of lawns were dotted with crocus. We found a patch of daffodils, some almost budded forsythia, and a small purple flower that I didn’t know.  It is warm enough to begin spring garden cleanup and I let my mind go there for a moment, then sighed and took a breath. 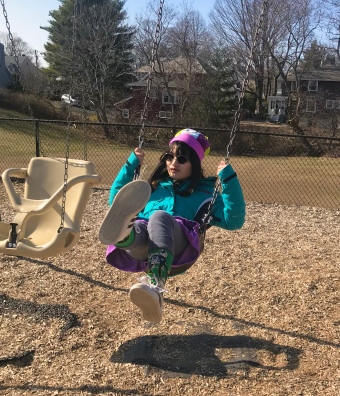 When I was a young kid, I remember my parents, aunt and uncle sitting around my grandmother’s dining room table talking about the Great Depression—the time when they were kids growing up.  They talked about Herbert Hoover who was president when the market crashed in 1929. Someone, and I am not sure who, explained to me that after the stock market crashed, Hoover locked himself in the White House and did not come out until FDR became president four years later.  The vivid image of that man finding out about the awful crash, getting scared and locking the White House doors stayed with me for years. 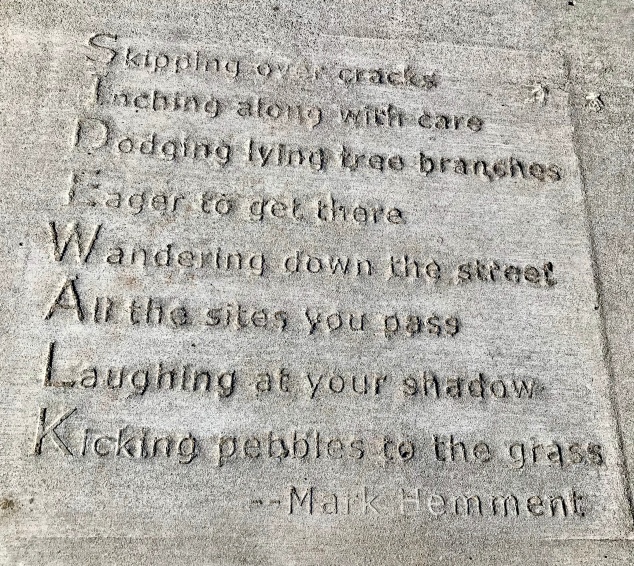 I’m pretty sure that Hoover did not lock the White House doors but he, like the present administration, was grounded in the conservative movement of the time.  He believed that the market and the economy would work themselves out. His party ignored signs of what was inevitable. It took a very different kind of president and party to change the direction of the country.

Are we in that place again?