This is our last full day in Torino and I started it rather grumpy. We have seen many of the sights on my list; we’ve spent time with our friends and enjoyed their company and also enjoyed sharing in some typical life activities–cooking at home, a Pilates class, driving around the city looking at neighborhoods and eating much gelato. They have take us to the country for a slow Sunday dinner of typical food, to their favorite pizza restaurant and to their favorite graniti cafe.  And still, I seem to want more. We are staying longer in each place we visit this year and today I still feel like we have just arrived and we are getting ready to leave. The week has gone so by very quickly. It does takes us a long time to settle in, it takes me a long time to recognize streets and places I’ve passed before. Am I too greedy to want to understand and take in more?

Julia has been practicing crossing streets every day. The center of Torino is filled with the tiniest of street, many with very limited traffic, but they’ve offered us a street every few feet. Julia has done well and not so well depending on the day and her level of concentration. The variety of streets has been an asset–one way streets, street with or without traffic lights and crossing lights, street with only occasional cars, scooters and bikes. This is after NYC streets. I don’t necessarily think that she will master the skill on this journey but she has a growing awareness. One thing we nailed down today was that she cannot divide her attention between paying attention to street corners and doing much else-she cannot be singing or eating gelato.

Yesterday, we spent the day in three of the four museums of the Palazzo Reale, the royal palace of the Torino kings many of them of the house of Savoy. There is a single entrance fee (6-12€ depending on age or status) and there is the possibility of seeing the Royal Palace, the Royal Armory, the Savoy Gallery and the Archaeological Museum. There is also a garden with deck chairs behind the buildings to take breaks.

There is very little in the way of guidance in any of the museums–we did pass an empty booth that might have been for audio tours but it was midway through the palace and dark. The placards on each room were somewhat helpful in the palace and so we just feasted with our eyes. It is incredibly opulent. Gold upon gold and giant pictures and tapestries. Nothing seemed to be cast in a human size. Julia loved it. Some of the party rooms were vast and she was able to skip around–she could have run full tilt with outstretched arms and not caused a stir. Obviously, it was built to impress, built without regard for the time or money it took to embellish every corner. I would have liked to see the backstairs, the kitchens, somewhere those that worked in the palace spent their days. 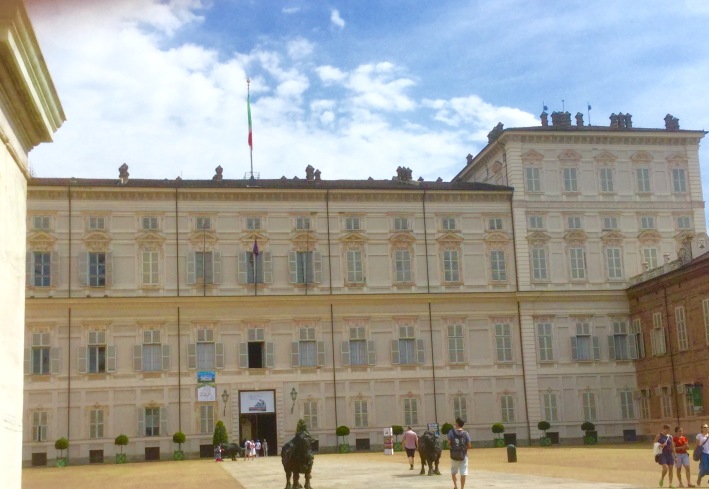 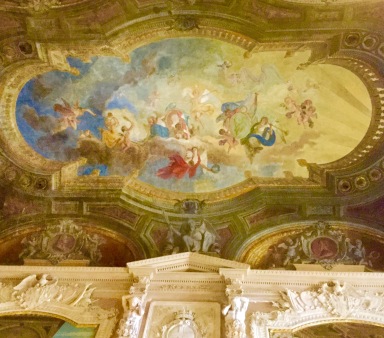 The Royal Armory was what you would expect–suits of armor for humans and horses. I was very saddened to see perfect little suits for children. There were swords, shields, battering things and more weapons. Everything ready for a bloody engagement. I was surprised by the decoration on some of the armor suits. Detail and stamping and some process for making patterns. At the very end of the armory, there were collections of guns, as if to suggest that once guns entered wars, all that had come before was moot. 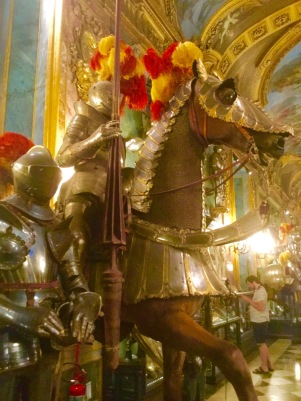 We took a lunch break and left the palace grounds for a small restaurant.  During the last two weeks we’ve eaten in many museum cafes and have been quite satisfied.  Most have been clean and convenient.  Prices are a bit higher than on the outside but we usually have something rather light like a sandwich or salad.  In the Egyptian museum, Julia had a prochuitto and Brie panini and I had a salad with tuna, anchovies, hard boiled egg, olives and string beans on top.  When I’ve traveled before this, I’ve tended to push myself or us to see what what we could before lunch and then changing activities.  Taking a convenient food break gives us more time to enjoy museums and does not stretch nerves.

But there was a restaurant I wanted to try near to the palace and we didn’t find the palace cafe until later.  Before leaving, Julia linked pinkies with a bronze of Christopher Columbus fo luck.  What kind of luck or for what reason, I don’t know. 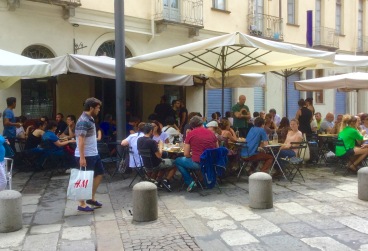 The picture gallery, Sabauda Gallery, is housed on three very modern floors. Two of the floors have many, very large canvases, a repeat the of the palace. There was very little by way of explanation in English–all the more reason that learn Italian–but most of the pictures were of bible scenes or the lives of the saints. I know a good deal and a few I looked up on the Internet. If you type in “female Saint carrying a feather beheaded” the list of possibilities is short. When we got t the third floor, the canvases assumed their normal sizes and looked a bit puny after so many of their giant cousins. We were weary by that time and decided to save them for another time.  It was not so much the vastness of the canvases but some of the faces that impressed.  They are us; we are them.  And we continue to make many of the same mistakes.  The Savoy kings are extinct, like dinosaurs.  We could do the same thing to ourselves if we are foolish in November. 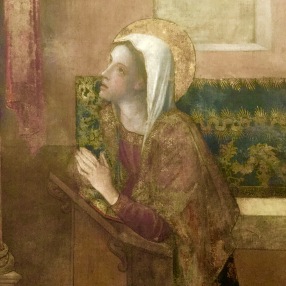 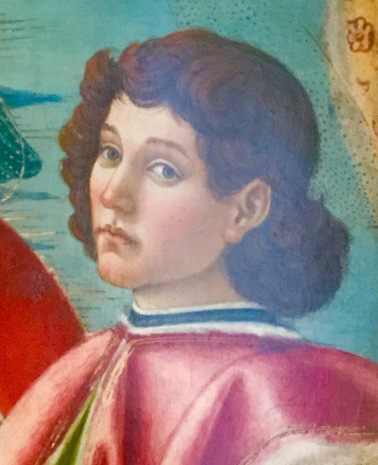 Today, we spent our last full day at the Museo Egizio, the Egyptian Museum of Turin. The is a repeat visit from last year and I tried to see what we did not see the last time. The only problem was that Julia wanted to see it all and so we saw as much as we possibly could. 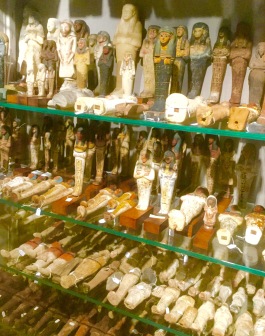 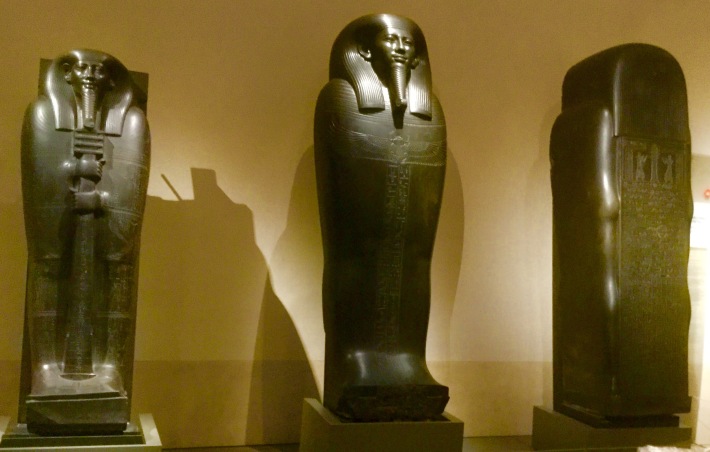 Walking around the center of town gets easier with each foray into a new area. I recognize more of where I’ve been and where the limits of my familiarity lies.

Tonight, we listened to a concert in the open air. I told my friends that we do the same thing at home; however, we gather around our state house, setting out blankets during the day to claim a spot on the sloping lawn.

We have bee away from home for two weeks. Tomorrow, we move onto Genoa.

One thought on “also Torino”