The comments of two friends — one, not quite knowing what she should wish for this venture, the other, asking if I had mentioned anything about this project before it began or had I just dumped everyone into the middle of deep end.  Both very good questions that have me thinking . . . . working the questions out for myself.

This is an odd project for a person like Julia to be a part of, and as I have described the first few days, especially the first day, Julia was not all that enthusiastic about acting in front of the camera and crew.  Julia has participated in a theater workshop for young people with disabilities, on zoom since last spring, and sometimes she is not enthusiastic about that either.  And yet, once she lets her no-no-no guard down a bit, she is able to follow directions, give her lines authentically and improvise with other actors quite naturally.  Film is actually easier for her than the theater workshop because it is happening in little pieces with plenty of direction in between.

The phone has been a major stumbling block.  Julia spend every minute she can reading manga and playing anime inspired games on her phone.  Every. Single. Minute.  In other circumstances, like at home, I would limit her phone use and ask her to substitute other activities, but on set she has to wait for unspecified amounts of time, very quietly.  Strictly limiting her phone time could cause her to be angry and sulky.  When she is like this at home, we live with it.  On the set, I try for peace and a jolly mood. It can be almost impossible to get her off, or it can take a gentle ask.  When Sarah asks her if she wants to start at the top of the steps or at the bottom, Julia will always say at the bottom.  When asked if she wants to do something again, she always says, no.  And then does it when she is asked again.

So, why did I sign Julia up for this project?  Why agree to have her do something that would cause her to say no so often, something she would need to reluctantly agree to over and over?

This filming is the culmination of a very old project that Sarah began years ago.  In the beginning, before she did much writing I think, she asked if she could use us as inspiration for a script.  I have always trusted Sarah’s instincts and I gave her permission without stipulation.  When she asked, more than a year ago with the idea of shooting this last summer, if Julia could be in the film, I agreed with the stipulation that she work with Julia over a long period of time.  Something to which she immediately agreed.  And so, began a period of visits and zooms.  Sarah was our last guest before shut down and then a regular in the Julia’s weekly zoom lineup.  As soon as we were all vaccinated, she came up to spend weekends and part of spring break with us.  The visits and the work they did on the script together was always good for Julia — someone outside of me, asking her to be polite or to respond or to be a good companion.  All good social skill practice if nothing else.

However, after being on set for a week, I am still asking myself if I really expected Julia’s participation to come to pass and I guess the answer is a solid “no.”  Although Julia was pretty good at learning lines and improvising with Sarah, I expected that sooner or later, Sarah would look for a more reliable young actress.  Someone easy. Writing and directing a first film is a challenge.  Making Julia a major character in a film entails allowing the script/story to drift from time to time as well as having an actor on set who need special care all the time.  Besides me, there is always one or two people who are assigned to see she is happy between scenes.

If, however, Sarah can get the performance that she wants from Julia, the authenticity factor will be huge. Julia uses her instincts and her whole self.  At the same time, she is playing the character, Beatrice, and interacting with her “sister,” Talia, and others as their characters.  She is acting.

The social aspect of filming is something I did not think much about but it is pretty wonderful for Julia.  Everyone working on this film is in their 20’s and Julia is enjoying being with, complaining to, singing with and trash talking with these peers.  And being arts folks, they are not shocked by Julia’s language or her references to relationships and activities that some others might find challenging.  Julia is accepted.

Today, we are back to the phone challenge.  Last year, I put limits on Julia’s use of apps.  The apps turn off after they are used for two hours a day.  Julia has many, many apps.  She opens an app and then moves on to another one without closing the first.  This way the clock is ticking on both of those apps, but is not just two apps.  Julia opens 30 apps and 2 hours later those 30 are greyed out and she cannot use them until the next day.  She is frustrated and angry.  At me, of course.  Once again someone explains turning off apps to preserve her time.  Will it stick this time?  She is also actively searching for apps that will not allow for time limits.  If they exist, she will find them.

But then to close on something positive: Julia and I went to a book store. I did not bring enough reading material for two weeks of sitting and being quiet. She planted herself in the manga section and thumbed through books. I was on the other side of on of the bookcases in her sections and I heard her and young woman, definitely another manga nerd, talking books and tv shows and movies. The conversation was not always smooth and the other girl asked more questions than Julia, but Julia asked a few and was interested in answering what was asked of her. At the end, the other girl’s mom came to get her and the girl asked Julia’s name. Julia answered quickly and asked the girl’s name. Very positive an interaction. 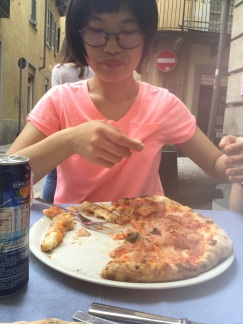 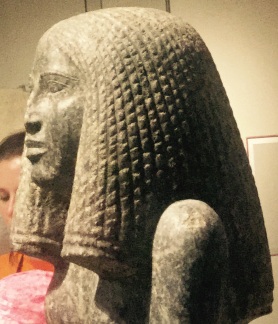 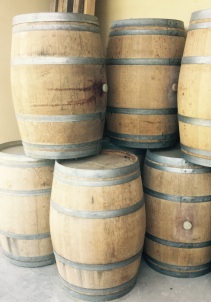