Ringing in a new year in what might be considered the most classic, but for me the least characteristic way—on a crowded dance floor gyrating with a throng of strangers in party hats and noise makers to a band playing the ancient music covered by high school bands in the late 60’s (no complaints about the music. It was very delightful).  Before the parties heated up, Cheshire and I walked around an upper deck in the cool night air.  A few stars were out, we could watch the quiet dark sea and the wake made by our boat. It was my favorite part of the evening, perhaps of the cruise.  Minutes before midnight, we joined the throng dancing.  Twenty seconds before midnight we began counting down as if this was a novel experience. At midnight, music played, people cheered, hugged and kissed, balloons, streamers and confetti fell from 10 floors above. In a minute, we we stood knee deep in balloons and streamers. It was almost strangely satisfying. It was as I had always imagined.

It was a new experience of marking of a new calendar year that will, for the moment, live on top of a lifetime of New Years, most quiet and intimate, some in bed before 10:30, many at movies or with small groups of friends. During the last seven years, I’ve felt conspicuous not having someone to ring in the newness with kisses and hugs. For this one, I really didn’t care but aware that my girls and I were living a cliche, dressed up and wearing silly crowns, sometimes straining to enjoy the spectacle, present for a spectacle we stood in the middle of.  I could not shake my observer. I wondered if everyone else was really happy, really enjoying.  That answer is easy.  Perhaps it is the many answers that are easy, but last night, as Cheshire and I entered the throng minutes before midnight, one thought crossed my mind, ‘might as well be dancin.’ 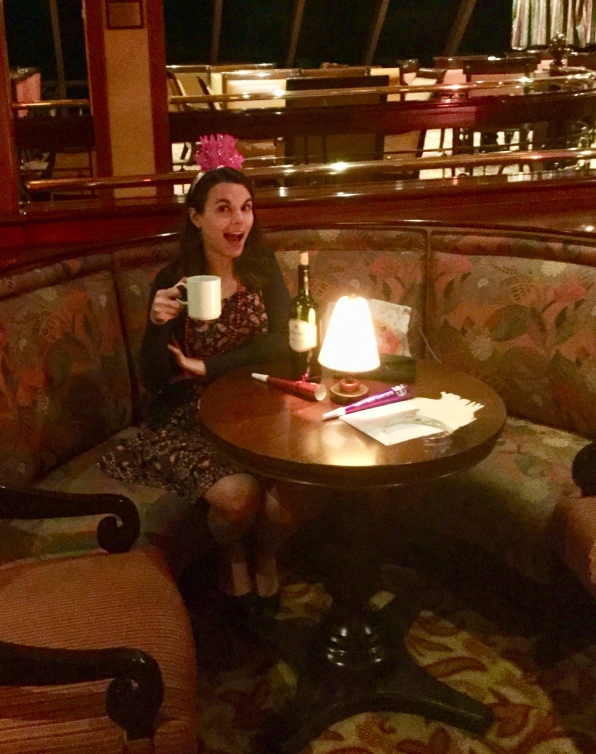 New years eve day, we are in Cozumel to play on a beach. 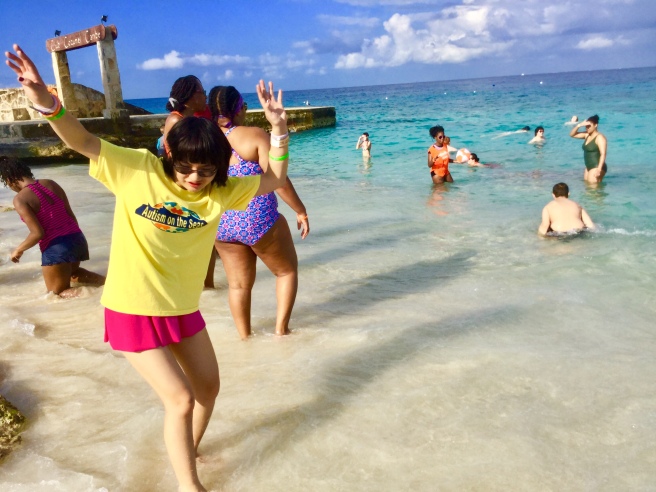 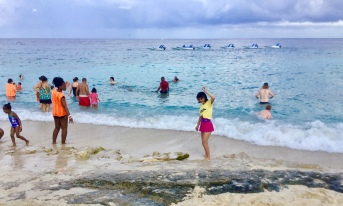 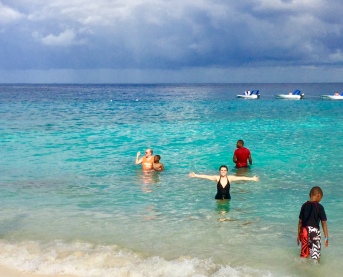 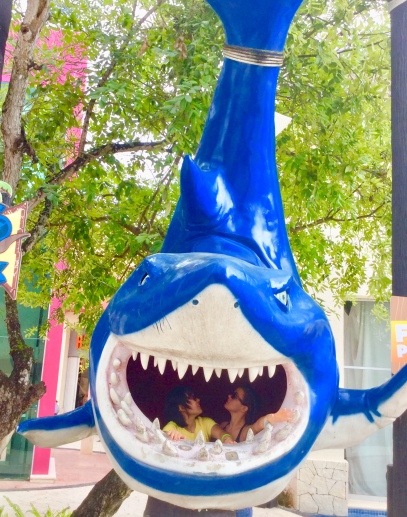 New years day, we had another sea day with activities and fun; however, the weather was beginning to turn and it was too cold and windy to sit out on the upper decks.  The water was obviously rougher and for the first time during this or our previous cruise, I was approaching seasickness.  I had my ReliefBand which kept the worst of it at bay.  Cheshire and Julia both wore their Sea-Bands although I don’t know if they really needed the.  I laid down and napped for awhile and then took some Bonine which allowed me to get up and function pretty well.  I’ve never tried the Bonine before and did not take it as directed, that is, before travel.  I think it worked well although I was rather lightheaded and felt something close to drunk.

By the evening, the sea calmed a bit and by the time we landed, it was cold in Florida — rather a rude awakening considering how much we enjoyed the Tampa warmth a few days before.  Still, perhaps it eased us into the much colder clime the we faced when we arrived in Milwaukee.

There is not high enough praise for our Autism on the Seas staff and volunteers.  I so appreciate not needing to constantly explain our family, watching our kids be accepted and care for by loving hearts, a group which in a few days grows from the staff and volunteer to members of the families traveling with us, and just having silly fun.  Team Orange getting up during karaoke to dance and support one of our kids and all of us getting up to sing “We are Family” together makes memories to carry for a lifetime.  In my deepest heart, I wish that every family with members who have disabilities can experience what I, what we are a group felt.  It doesn’t need to be on a cruise or at Camp Awesum, but this is how we’ve felt it.  I wish it could be anyway, everyday, at home, in supermarkets and houses of worship and especially in school.  A pretty big wish for a new year.  One I would like to do something about for many more families. 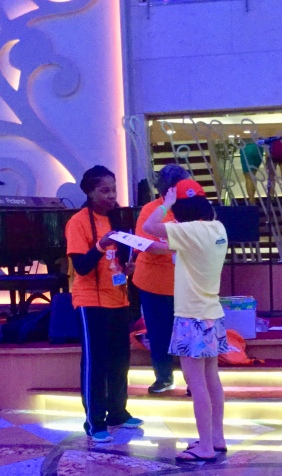 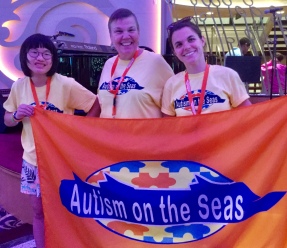 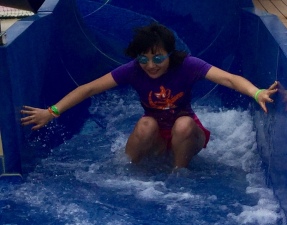 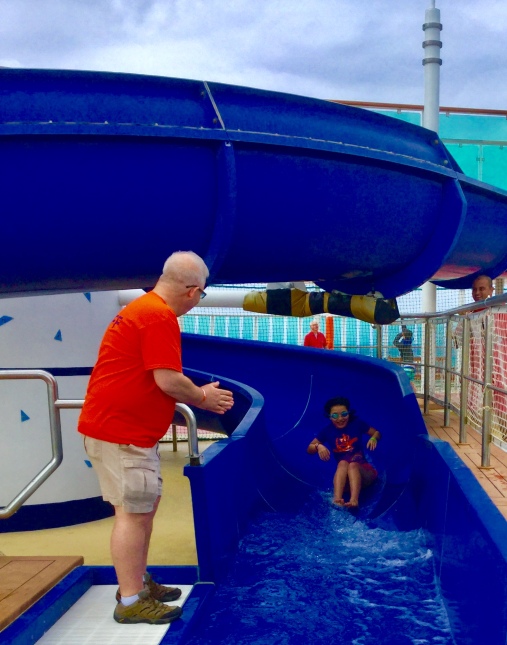 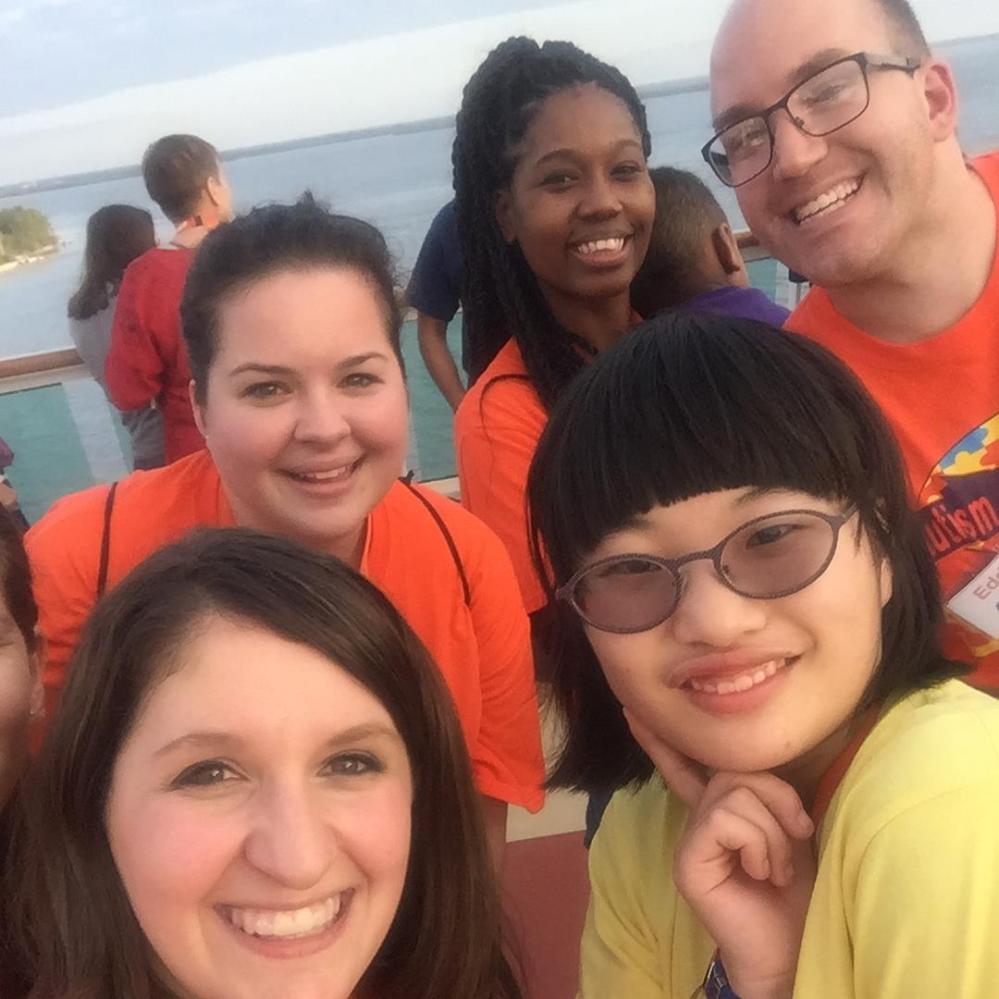